Guests can register with Larissa Achermann to receive the zoom link for the conference: larissa.achermann@hist.unibe.ch

Berta Ottenstein: the career of a German-Jewish dermatologist after 1933

Berta Ottenstein, a German-Jewish dermatologist held PhDs in chemistry (1913) and in medicine (1919) from the University of Nuremberg as well as a Habilitation in dermatology (1931) from the University of Freiburg. She was the first woman in Freiburg and the first woman in dermatology to earn this highest academic qualification, which is required in many continental European universities to conduct self-contained university teaching, and to obtain a professorship. After her dismissal from the University of Freiburg, she first migrated to Hungary, later to Turkey, and finally to the US. As a dermatologist, she was very well respected and a ground-breaking researcher, but as a woman she had to overcome many obstacles; as a Jew she was expelled and discriminated against in her own country. Without her professional network, which was based on her scientific excellence as well as on her ability to build friendships in all the many places she lived, she would have not been able to continue her career in exile. 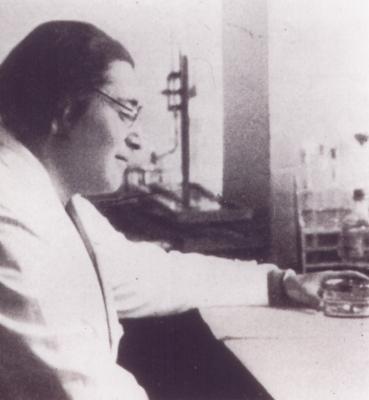 CHECK OUT OUR FIRST DATA PUBLICATION